The store will not work correctly in the case when cookies are disabled.
Active CMS Builder

“Sunshine is delicious, rain is refreshing, wind braces us up, snow is exhilarating; there is really no such thing as bad weather, only  different kinds of good weather.”
-  John Ruskin (1819 - 1900) Victorian writer and critic

​
​Based in Cumbria, UK, acclaimed artist Daniel Cooper responds with highly emotional expressions to the sublime weather in the Lake District National Park and Cumbrian landscape, home to arguably some of the most beautiful views in England. Using charcoal and mixed media, Cooper observes reality imaginatively, and aims to communicate the ever changing moods of the land and skies through personal involvement with the landscape.

Today, Daniel Cooper has gained a significant national and international reputation for being one of the prominent landscape artists living and working in Cumbria. With work represented in galleries across The Lake District - a recently acquired UNESCO World Heritage Site and much loved destination from visitors all over the world, it has seen his art travel to private and commercial collections across the globe. His work has also been recognised and collected by popular celebrities across the UK and USA. 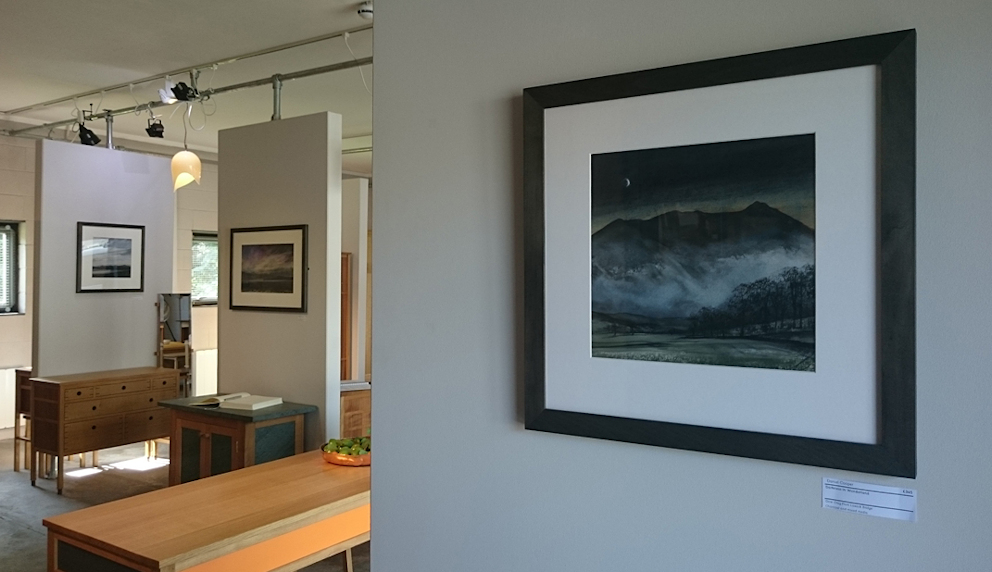 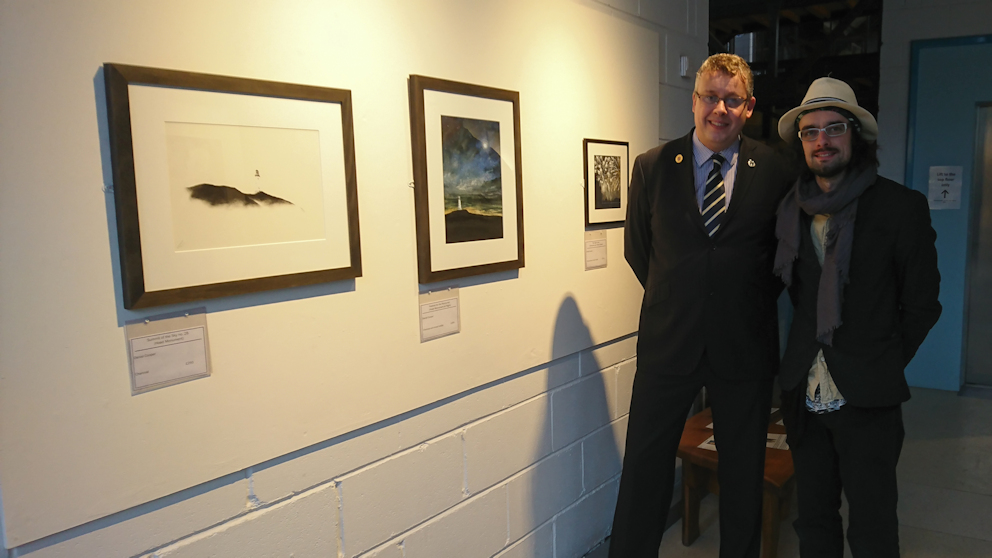 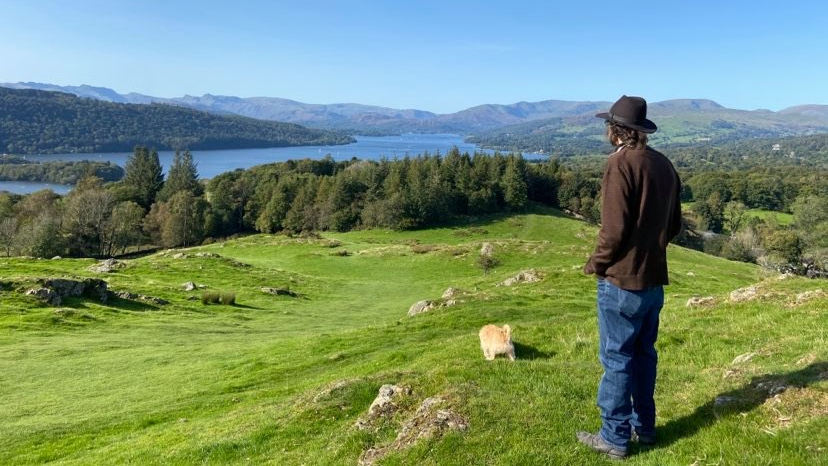 See the original art and prints by Daniel Cooper

In March 2021, Cooper was recognised for his business innovation, activity and contribution in enhancing the life of the community during the Covid-19 crisis. The award was made by Julie Barton, The High Sheriff of Cumbria.

Following an artist residency in 2018 at Brantwood - the former home of John Ruskin, now a museum and administered by a charitable trust, Cooper was given an opportunity to show a major solo show there in 2019. This was the year celebrating the bi-centenary of Ruskin's birth, and Cooper’s show, ‘Reflections of Imagination’, stood as part of the year long celebration.

Also running at this time was ‘Incandescence - Turner in Venice’, a special retrospective exhibition of works by the celebrated English painter JMW Turner...

"It will probably remain the highlight of my career as an artist, to show my work concurrently and under the same roof as Turner. My exhibition was my third solo at Brantwood, and it hosted at the perfect time, with company that I, and many others, consider to be one of the greatest artists that ever lived."

CFBA and The Hairy Bikers

Starting in 2017, the Cumbria Family Business Awards was an event that celebrated family-run businesses of all sizes across the county. Attending as guest artist, Cooper presented his prints and original works as awards such as "Employee of the Year" and "Business of the Year". The 2019 ceremony was hosted by celebrity television chefs Dave Myers and Si King, well known as ‘The Hairy Bikers’, and it was this year Cooper presented 'Lovingly Artisan Bakery' with the original work 'Summit of the Sky' (The Langdales from Windermere) as part of their "Judges Commendation Award".

Working with Eleventh Hour films, three original works by Daniel Cooper made their way on television as part of the set design of an ITV thriller broadcast in 2015. 'Safe House' starred Christopher Ecclestone, Marsha Thomason, Stephen Moyer and Paterson Joseph.

In 2017, Cooper himself was featured on the local TV channel 'That's Cumbria' for a special interview about his solo exhibition held at his home. In conjunction with ‘C-Art’ - a county-wide art trail organised by Eden Arts, artists are given the opportunity to open their studios, homes or outdoor work spaces for the public to visit. Cooper, the only artist participating in his region of Cumbria, talked about his new work and his experience of hosting his work in his own home.

Now a luxury guest house with spectacular views over Windermere, Dome House was featured on channel 4's 'Grand Designs'. To reflect the unique experience and views from top balcony, Cooper was commissioned by the owners to paint the view, and naturally it had to be titled, 'Wondermere'. The painting is now situated at the main entrance to the guest rooms. Limited edition prints by Cooper are also now part of the Dome House collection.

Cooper's work has featured in some the most popular and acclaimed magazines published nationally, including; The Great Outdoors, TATLER, Aesthetica and Cumbria and Lancashire Life. These include a special 'Featured Artist' item and exhibition reviews.

In 2016, Cooper was shortlisted for Cumbria Artist of the Year, a special annual group exhibition, hosted by ‘Eden Arts’ and showcased at the Rheged Centre in Cumbria.

Hosted by the Kendal Museum in 2016, Cooper took part in 'Beatrix Potter’s Inspiring Legacy', a group exhibition marking the 150th anniversary of her birth. Cooper exhibited four original works as part of the show.

In the 2013 show titled 'Different Kinds of Weather', Cooper’s second solo show of this career, he had the honour of exhibiting alongside original works by Samuel Prout (1783 - 1852), former teacher of the Victorian art critic and writer, John Ruskin.

Lead by the prominent voice of Cumbria's business, arts and culture scene, Sophia Newton, 'Artober' was a monumental display of a variety of works by artists currently living and working in Cumbria. The 2013 one-of-kind public event included an opportunity to meet the artist and was hosted by Low Wood Bay Hotel, on the east side of Windermere. After nominations by his fellow peers over a weekend, Cooper was presented with the "Artist's Artist Award".

"It is always a pleasure to connect with friends, patrons and collectors during exhibition previews and craft fairs throughout the year, but I’m usually found working alone in what I consider as 'solitude'."

Daniel Cooper produces work on his own, sometimes to music or sometimes in silence. Due to his secretive methods and use of materials, he does not do any workshops or classes, saying that "I believe the process itself - the creative act, ought to be kept private, and carried out without distractions, so one can concentrate solely on the picture."

"When I'm not working I enjoy going for walks with my family and watching films. My wife and I enjoy also enjoy fine dining together. I'm a very proud Husband to Harriet and Father to our daughter, Delphine." 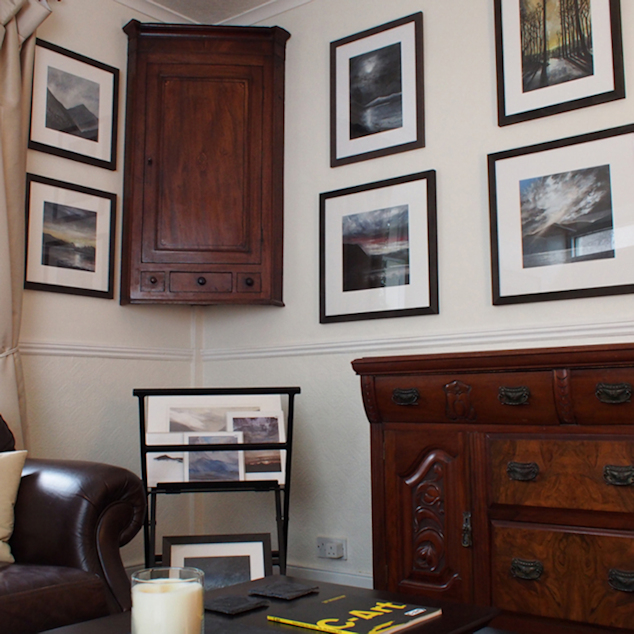 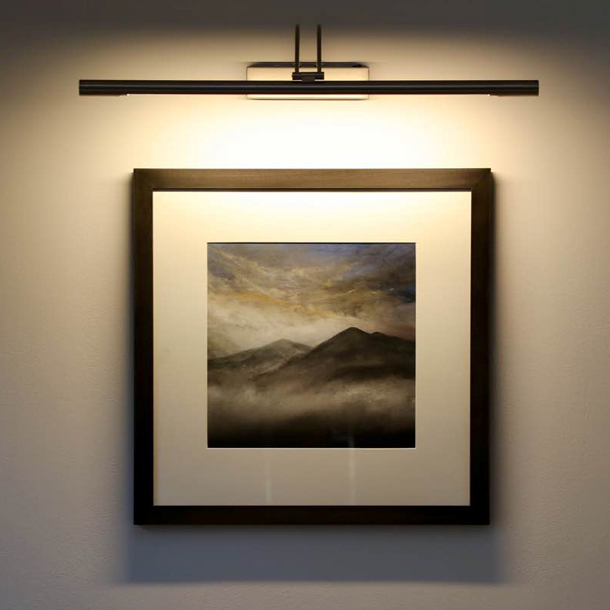 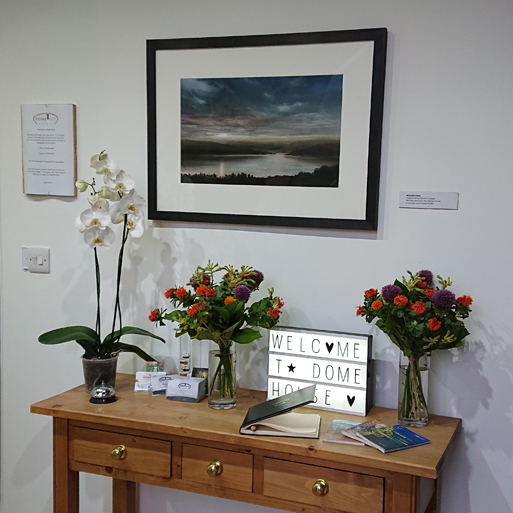 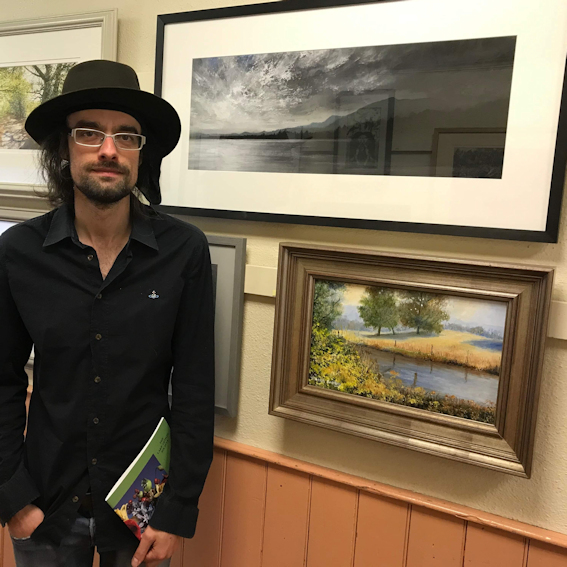 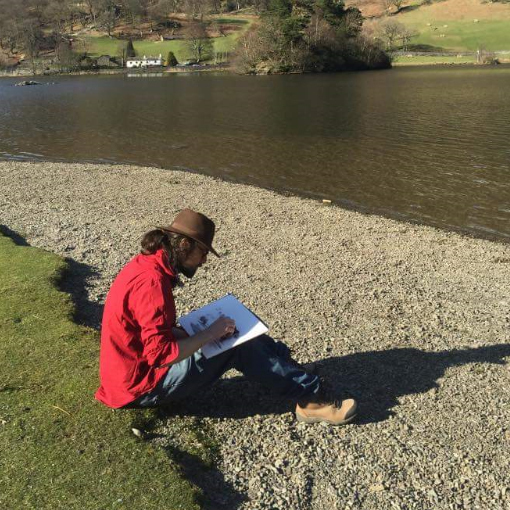